How to Care for your Skin Like Superman Henry Cavill 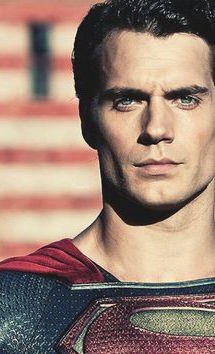 That darn charming Henry Cavill with his British accent and Superman-esque build – he is rapidly becoming a favorite among the ladies and one to be admired among the fellas. Of course he’s in the spotlight right now for one of the year’s most anticipated flicks, “Batman v. Superman: Dawn of Justice.” The guy even has a massive group of fans who are calling themselves “Cavillry.”

And, we have to give it to the guy, he is arguably one of the most dapper of gents on the big screen right now. So how does he maintain his seemingly effortless good looks and great skin? Just like he trained to get in Superman-shape for the movie, his skincare routine – though not nearly as grueling – likely followed a similar method.

Cavill was starting with a clean slate as he had already been working with his trainer to slim down and tone up before the real training began. After this point his workouts consisted of intense strength training – breaking down the muscle and replenishing it to build it up – eating right, getting adequate sleep, and protecting to maintain the physique he was creating. Incidentally, the skin requires the same method.

Always start with a clean slate. Cleansing is non-negotiable first step. It’s the foundation. It prepares the skin for what’s to come next. Skip this and anything you do after won’t make an iota of different. The key is to use a quality cleanser either with salicylic acid or minerals to deeply cleanse but protect the skin.

Now comes the strength component. Just like in muscle building, to strengthen and correct the skin you have to first break it down. For this, a regenerating and exfoliating ingredient like retinol will stimulate cell regeneration – supporting the elimination of old, damaged cells and ushering in the new.

Sleep was also mandatory. Cavill was required to get 10 to 12 hours during the high-intensity training months. You may not need quite that much, but sleep definitely impacts the skin just as it does the body. A lack of it can lead to skin fatigue and premature aging.

Eating right and getting enough sleep most certainly helped protect and maintain the hard work Cavill was putting into the reshaping of his body. And the skin is no different. It has to be replenished and protected. Aside from nutrition and sleep, nutrient-rich hydrating serum along with a mineral-based protection cream will do the trick. Sun protection is another non-negotiable. Over exposure to the sun is the quickest route to skin aging and damage – erasing the work you’ve put into it.