The Ancient Powers of Green Tea for Today’s Skin 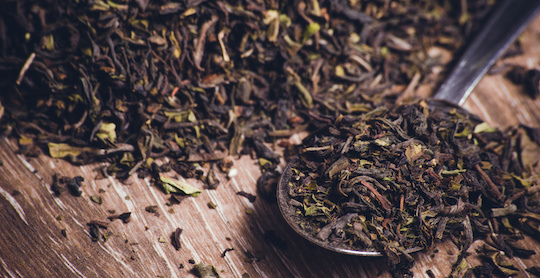 The consumption of green tea is largely believed to have started in China around 2737 BC. In this era, long before fancy research studies were being conducted or technologies that give insight into medical benefits were created, the Chinese already knew to harness the value of this natural polyphenol and antioxidant. We now know they were onto something major with this ancient practice. But it turns out, green tea benefits more than just the body.

Today, green tea is often touted for its powerhouse components like enzymes, amino acids, lipids, phytochemicals, and minerals. And one of the most celebrated elements for overall health and skin alike is the catechin it contains, known as Epigallocatechin Gallate (EGCG). Ok, you may be asking what a catechin is. Simply put, it’s a type of natural phenol found in plants that offers more significant antioxidant content than vitamins A, C and E. In other words, it packs a heavy nutrient punch.

EGCG is so effective because it works deep within the body to eliminate impurities and improve the immune system. Furthermore, it forces free radicals to hit the road, while keeping healthy cells strong and protected. You can think of it as your skin’s very own, very valuable, bouncer. If that wasn’t enough, this catechin helps to heal wounds, minimize scars, keep inflammation at bay, strengthen skin elasticity, and block collagenase. One of the most impressive parts of EGCG is that it works tirelessly on all of these areas simultaneously. Talk about multitasking!

For us busy guys, chances are good there’s not enough time in a day to relax in a gazebo somewhere and calmly sip green tea (if that is the case for you…kudos to you!). It’s more likely you barely have time grab a quick grande green tea from Starbucks, but even then, one might wonder how many antioxidants are really in the concoction. But just because you may not be able to enjoy this miracle ingredient the Ancient Chinese did, doesn’t mean you can’t benefit from it all the same.

EGCG, when used in skincare, can work wonders on your handsome exterior if you know where to look. Since it eliminates impurities and improves skin immunity, EGCG can often be found in cleansers and toners, like these Salicylic Cleansing Pads and this Skin Strengthening Toner, both of which also contain green tea extract too. Next time you’re in the market for a good cleanser or toner, look for EGCG…it works wonders.

Question: What other ancient health or skincare practices do you think can be effectively incorporated into the modern man’s lifestyle?